The Midnight Star is the third and final book of The Young Elites trilogy by Marie Lu.

There was once a time when darkness shrouded the world, and the darkness had a queen.

Adelina Amouteru is done the suffering. She’s turned her back on those who have betrayed her and achieved the ultimate revenge: victory. Her reign as the White Wolf has been a triumphant one, but with each conquest her cruelty only grows. The darkness within her has begun to spiral out of control, threatening to destroy all that she’s achieved.

Adelina’s forced to revisit old wounds when a new danger appears, putting not only Adelina at risk, but every Elite and the very world they live in. In order to save herself and preserve her empire, Adelina and her Roses must join the Daggers on a perilous quest—though this uneasy alliance may prove to be the real danger.

The tale is told by royalty and vagabonds alike, nobles and peasants, hunters and farmers, the old and the young. The tale comes from every corner of the world, but no matter where it is told, it is always the same story

A boy on horseback, wandering at night, in the woods or on the plains or along the shores. The sound of a lute drifts in the evening air. Overhead are the stars of a clear sky, a sheet of light so bright that he reaches up, trying to touch them. He stops and descends from his horse. Then he waits. He waits until exactly midnight, when the newest constellation in the sky blinks to existence.

Her hair and lashes are painted in shifting silver, and a scar crosses one side of her face. She is dressed in Sealand silks and a necklace of sapphire. Some say, that once upon a time, she had a prince, a father, a society of friends. Others say that she was once a wicked queen, a worker of illusions, a girl who brought darkness across the lands. Still others say that she once had a sister, and that she loved dearly. Perhaps all of these are true

She walks to the boy, tilts her head up at him and smiles. He bends down to kiss her. Then he helps her onto the horse, and she rides with him to a faraway place, until they can no longer be seen.

These are only rumors, of course, and make a little more than a story to tell around the fire. But it is told. And thus they live on.

This story was contained at the end of the book. It is rumored that the characters are Adelina and Magiano yet in the story, it is not confirmed in the story. Violetta Amouteru, who is Adelina's sister, made a deal to her goddess. The deal confirmed that Adelina was to be lifted up into the stars, like the old folk tale or myth, in exchange for something of Violetta's. 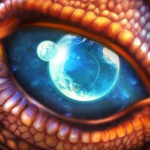 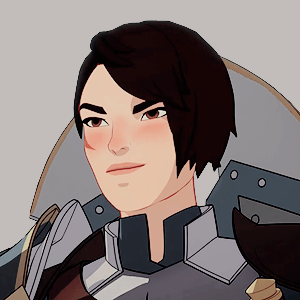 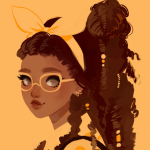